M1Pram: MULTI-HORMONAL PRANDIAL COMBINATIONS FOR THE TREATMENT OF TYPE 1 DIABETES

Although insulin is a vital treatment for people with type 1 diabetes, even the best-controlled patients present significant glycemic variations and frequently do not achieve the targets set by their physician. This may result in an increase in the risk of severe complications in the long term, such as cardiovascular disease, retinopathy, renal failure and neuropathy.
In fact, in people who do not have diabetes, insulin is secreted synchronously and acts in synergy with other hormones, such as amylin and GLP-1, to control glycemia. In type 1 diabetes, ultimately, neither insulin nor amylin are secreted, and GLP-1 secretion is deficient. It is therefore possible that the use of insulin alone cannot address all the metabolic deficiencies related to diabetes.

Pramlintide (Symlin®, AstraZeneca), a rapid-acting amylin analog, was approved in 2005 for the treatment of diabetes (type 1 and 2) as a supplement to intensive insulin therapy. In Phase 3 clinical studies, this molecule has been shown, when used as a supplement to insulin therapy, to improve HbA1c and reduce prandial insulin use and weight gain compared to insulin alone.
Unfortunately, to the extent that insulin therapy for type 1 diabetes requires high patient compliance, with frequent glycemia monitoring and at least four injections of insulin daily, the introduction of an additional injectable treatment is often synonymous with a significant deterioration in quality of life and an increase in the cost of treatment, which can lead to its abandonment.
The combination of pramlintide with insulin could therefore prove to be an elegant solution to maximize the medical benefit whilst maintaining patient compliance and controlling health costs. Developing such a combination is Adocia’s objective for Pramlintide Insulin program.
Currently, the prandial insulin and pramlintide formulations are not compatible, due to differences in pH-dependent stability and solubility profiles.

Adocia has therefore used its expertise to develop a formulation approach to combine both hormones. Specifically, Adocia is using A21G human insulin analog, the main circulating metabolite of insulin glargine, which has a prandial insulin profile and is stable in the same range of pH as pramlintide.

Our formulation strategy, based on previous clinical results from the co-administration of pramlintide and prandial insulin showing a clear medical benefit when hormones are administered separately, could reduce development time. The M1Pram Pramlintide Insulin project could also support a competitive pricing strategy, taking advantage of proteins already approved and in the public domain.

In April 2020, Adocia announced positive topline results of the exploratory Phase 1b study of ADO09 (M1Pram) in people with type 1 diabetes.

This randomized, double-blind, active-controlled, 2 period cross-over clinical trial aimed to assess the safety and efficacy of M1Pram. 24 subjects with type 1 diabetes received multiple daily doses of M1Pram and Novolog (insulin aspart, Novo Nordisk) over two periods of 24 days each (including 4
days in the clinic and 20 outpatient days), following a run-in period to optimize basal insulin regimen. Subjects received an open continuous glucose monitoring (CGM) system which was used for safety and efficacy assessment throughout trial participation.

In a meal test administered in-clinic at day 24, treatment with M1Pram resulted in a reduction of the post-meal glycemic excursion1 vs. Novolog® superior to 100% over the first two hours after the meal (p=0.0001), resulting in an overall decrease of 39% over the first four hours after the meal (n.s.)
Over the three-week outpatient period, M1Pram treatment resulted in

All these results are in line with established pharmacological effects of pramlintide.

Professor Thomas Pieber (Professor of Medicine at the Medical University of Graz in Austria commented: “This trial confirmed the strong reduction of the postprandial glucose excursion previously observed in a clinical trial with M1Pram. Furthermore, the outpatient period showed improvement in time in target glycemic range without increasing the risk of hypoglycemia, as well as an improvement in weight control, two key medical benefits for people with type 1 diabetes.”

During ADA2020, a Poster was presented to detail positive results : link. 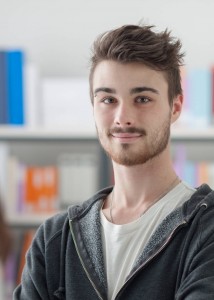 In June 2019, Adocia started a 3-week Phase 1b study of M1Pram, a ready-to-use, fixed ratio co-formulation of pramlintide (Symlin®, AstraZeneca), the only FDA-approved analog of amylin, and a prandial insulin.

“Since the first clinical results with M1Pram were highly similar to the results obtained with the separate injections of prandial insulin and pramlintide, we were encouraged to rapidly advance the program into multiple daily dosing, including a period in the outpatient setting , which will help to lay the foundation for later-stage development.” said Dr. Olivier Soula, Adocia’s Deputy General Manager and Director of R&D.

In April 2019, Adocia announced positive pharmacodynamic and safety topline results from the Phase 1 study of M1Pram, the ready-to-use co-formulation of pramlintide and A21G human insulin analog. In this study, M1Pram (pramlintide and recombinant human insulin) showed a significant 85% decrease in blood glucose excursion over the first two hours after the meal compared to Humalog® (prandial insulin lispro, Eli Lilly). M1Pram also showed similar glucose control over the first two hours after the mealcompared to separate injections of Symlin® and Humulin®. All treatments were well tolerated.

“The first clinical results obtained with M1Pram are highly encouraging, as they are very similar to the results obtained with a co-administration of human insulin and pramlintide. I thus expect this co-formulation to deliver a similar medical benefit to the one found for pramlintide when given in a separate injection with prandial insulin, still the only FDA-approved adjunctive treatment for people with type 1 diabetes.” said Prof. Robert Ratner, Professor of Medicine, Georgetown University School of Medicine, Washington DC. “I believe this combination has the potential to finally deliver on the promise of pramlintide for a large number of patients, by addressing the significant unmet need for tighter post-prandial control and lower glycemic variability without the burden associated with another product and a higher number of injections.”