The Board of Directors is made up of the President, 5 members and 1 censor. 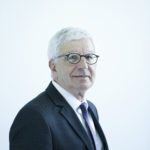 Gerard Soula has a Ph.D. in organic chemistry, graduated from IAE, Aix Marseille.

He founded Flamel Technologies (in 1990), a biotech company specialized in Drug Delivery and listed on Nasdaq. He was the CEO and Director of Research until June 2005. When he left, Flamel had 250 employees, $100M cash in bank and a market capitalization of $500M. Flamel Technologies’ success is based on the performances of its platforms, Micropump and Medusa.

Olivier Soula has a PhD in polymer science, graduated from ENSIC Mulhouse, and has an MBA from IAE, Lyon.

He worked for 8 years at Flamel Technologies as Director of the Nanotechnologies department. He led the development of Medusa, a prolonged release platform of therapeutic proteins and successfully conducted clinical trials for three of those projects.

Olivier is co-author of nearly 40 patents relating to protein delivery.

Olivier Martinez holds a PhD in cell biology from the University of Paris XI and a diploma from the Collège des Ingénieurs.

From 1992 to 1997, Olivier Martinez pursued his doctoral studies in cell biology at the Pasteur and Curie Institutes in Paris. After undergoing management training, he joined the Life Science Group of Gemini Consulting and spent two years working on healthcare projects. In 2000 he joined Bioam Gestion as an Associate and became Investment Manager and member of the executive board in 2004.

Following the integration of Bioam Gestion into CDC Entreprises in July 2010, he is now in charge of managing investments of the InnoBio and Bioam funds.

Olivier is a graduate of the Ecole Normale Supérieure (Ulm).

Laurent Arthaud started his carrier in 1986 at INSEE and then joined the French Ministry of Finances and Economy. In 1993, he was advisor of the French Ministry of Labour and  in 1995, technical advisor of the Prime Minister Alain Juppé, in charge of Employment issues. He created the “Chèque Emploi Service”. In 1997, he joined Rhône Poulenc as General secretary of Scientific Direction of the group, especially in charge of external collaborations. In 1999, he created Aventis Capital, a capital investment subsidiary of Aventis, and created the capital investment fund Genavent, in partnership with Société Générale. In 2004, he became CEO of Pharmavent Partners, a new capital investment fund. In November 2006, he joined CDC Entreprises, as Deputy General Director in charge of new developments. In 2009, he took on the management of all the Life Sciences activities at CDC Entreprises, InnoBio fund.

Corporate Secretary of Mérieux Alliance, since 2001, Mrs. Takizawa has filled various roles in the group, both at the ACCRA (now Institut Mérieux) and bioMérieux levels: she assisted Alain Mérieux and the management team in the group’s strategic development, specifically during merger and acquisition transactions, in relation with other shareholders and investors, and in market transactions. She had formerly filled the role of Controller and Chief Financial Officer for Institut Mérieux (now Sanofi Pasteur), Mérial and Aventis CropScience, in particular during major strategic changes. She is a member of the Board of Mérieux Nutrisciences, Transgene, Advance Bioscience Laboratory and April Group.

She is a graduate of the Ecole des Hautes Etudes Commerciales.

Dr Ekaterina Smirnyagina is a Partner of Capricorn Venture Partners (Belgium) since 2012.  Prior to this, she worked for ten years at Alta Partners, a healthcare focused venture capital fund in San Francisco, USA.

She has a PhD in Cellular &  Molecular Biology (University of Wisconsin-Madison, USA), BS in Biochemistry (Lomonosov Moscow State University, Russia). Katya completed her scientific training at the Stanford University School of Medicine, then worked in management consulting and biotech business development.